How Goes Your Battle 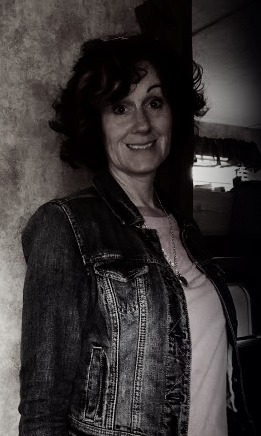 27 May How Goes Your Battle

I keep getting notifications from my Google photo album, as well as from good ‘ol Facebook – “Your Day, One Year Ago” – It’s difficult to believe that one year ago, we were completely oblivious to how much our lives were about to change!

BUT change it has!  And change is good. 🙂

After the ordeal of my husband’s eye surgery was over, and we were moved into my brother’s camping trailer, life was a forced slower pace. Not necessarily not busy, because suddenly I had to keep watch that Fern behaved – that he kept face down and only walked to use the privy, multitudes of drops had to be administered to his eye every three hours, and frequent visits to the specialist had to be driven to… Obviously, Fern couldn’t drive, so I was his chauffeur as well as nurse. He still ate too! Like most sick men, he was bored, I mean always hungry 😉

Add to that, I had two dogs that needed their daily jaunt, and believe it or not, life doesn’t stop outside of our own home and issues. Also, we still had a tiny home to build within the month. And, and, and…but circumstances told me that I had to stay close to home for a while, so, life for me, was somewhat slowed down. I have to admit, I looked a little tired…

Something else that was forced to slow down, was our income. Being small business owners meant that these owners weren’t doing business.

Alas! Our Father in Heaven knew, and He said He would provide all we need “according to His riches”. And He did! Not once did we tell anyone that we needed anything. We didn’t, because friends and family came to visit, and brought cards, flowers, food, cards, food, and encouragement, and friendly faces, and laughter, and, and, and… When friends would leave, we would find that they had further blessed us financially. When I checked the mail, we received more love-filled cards or notes with more money included. Going to our church meeting, we found envelopes with money in our personal mail slot. Some notes we received were signed, some anonymous.

God promises He will never fail us, and He has not – not only has He never failed us, He shocks us with His goodness!!

I have spoken about life being a battle, and it truly is. During this small battle or huge change, however we want to look at it, I had to learn to do a lot of everyday things alone, and I do not like being alone. I even had to do some of Fern’s small service calls after a time. I was being stretched, for sure. But really, I was not on my own. I know many loved ones were praying, and God was with me. He was and is my strength.

All in all, what comes out of a battle is not as important as WHO comes out! I’m still fighting battles daily… How goes your battle? Let God make you beautiful!