Better Than Just the Bare Necessities 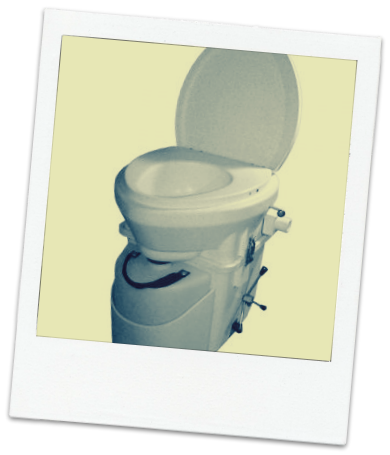 27 May Better Than Just the Bare Necessities

Although it was of the utmost importance to me, having a bathtub is not the only item necessary in one’s washroom, and after using a marine toilet, in the garage, for long enough, I was definitely ‘relieved’ to select the compost toilet made by Nature’s Head (hehe, love the name!). With this decision, we do not have to be concerned with a black water tank, and are being kind to the environment.

On a relevant side note, there are no issues with odour, which is VERY significant in my mind. Not only am I super sensitive to scents, but I also take pride in cleanliness. This may sound strange, but I like to think that living in a bus conversion doesn’t mean that I lower my standards. I am consistently concerned about the stigma of bus conversion dwellers… 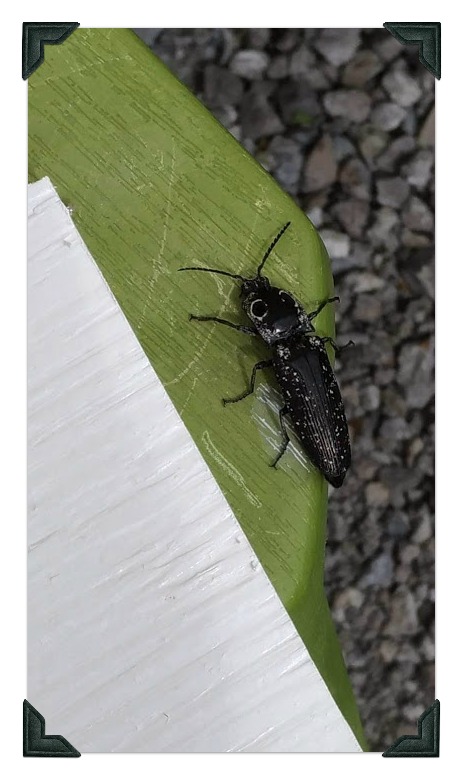 Yes, I originally said that I would be content with having a bedroom and bathroom…and I was for all of about five minutes 😉  But, I never was a camping girl, and preparing food outside, and washing dishes in a bucket outside… it didn’t go over well after a bit – especially because outdoor kitchens have what we citified folk call BUGS! When this guy visited me, I was not impressed! That is the arm of my chair… So, the kitchen was pushed ahead.

First step: hot water! Hello, true love! I mean, it was summer, so taking cold baths was okay with me, but washing dishes…just not the same. With loads of research, and I do not exaggerate this, as my daughters will attest, (Fern loves to research), we decided on purchasing the Eccotemp propane Tankless Water Heater. With the right pressure of propane and water, tada! Instant hot water! And, yes, this is directly vented outdoors.

Ok, I lied. The first step wasn’t the hot water heater, but something much less exciting sounding – the 1/2″Pex piping for the water. Truly one needs the less glamorous stuff to make it all work. I remember the excitement of testing the water! The first time Fern turned on the water, an immediate deluge poured out of the wall behind the bed! Fern quickly found the source of the leak, repaired it with the last of the couplings and compression rings we had on hand, and did the second test. Insta-flood! Yep, another leak… This time, Fern had to run to the nearest hardware store, where supplies were somewhat lacking, and he bought the last of the parts that were there! Fern had been so careful not to allow anyone else to attach our bed frame to the wall, so as not to hit the pipes, and in turn, he was the one who had made those holes! All in all, the third time was the charm, and boy were we glad!!

We also installed a RainSoft FC150 water filtration system so that we could pump water straight out of the pond, without having funky things swimming in our bathtub 😉  I may be bathing in a horse trough, but I feel pampered all the same. 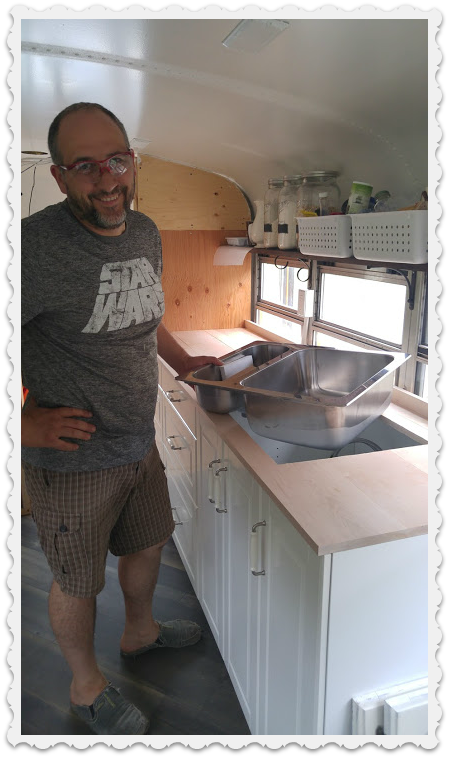 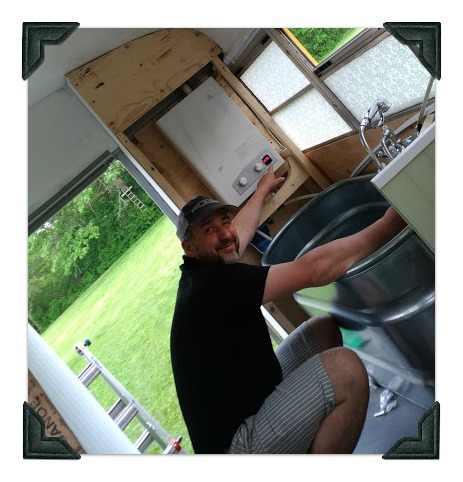 I absolutely LOVE my beautiful compact kitchen! We purchased cupboards from IKEA, and for the first time in my puzzle-challenged life, I succeeded in following the directions! Okay, there were a few drawers that had to be ‘un’ and re-assembled, but in the end, I did prevail! And at first, I had the stove directly across from the fridge, which in a regular kitchen, may not pose an issue, but Fern pointed out that I may not be able to access the oven…challenges of an eight foot wide room. I simply went back to the drawing board and changed the layout – not a problem for this idea woman.

My amazing, hard-working husband made my countertop out of solid maple. We stained it, and oiled it with Hemp oil – no hippy comments 😉 Hemp oil is food grade, so it protects the wood without harming me. And I got a double sink in this tiny space! It isn’t large, but it fits the space.

To add a special touch, one of my favourite sons-in-law cut my cabinet to fit our new space, and helped give my kitchen its shabby chic look. I love it!!

Our lesson so far: we do so much research for the products we buy, but not enough on the installation of said items. We are learning that we still need to learn 😉

Regardless of our bumbling, so far, so very good! Better than just the bare necessities – this was becoming a home! 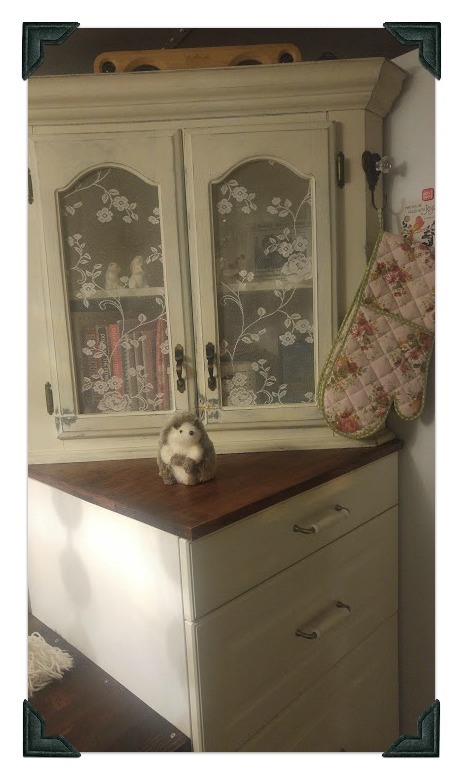